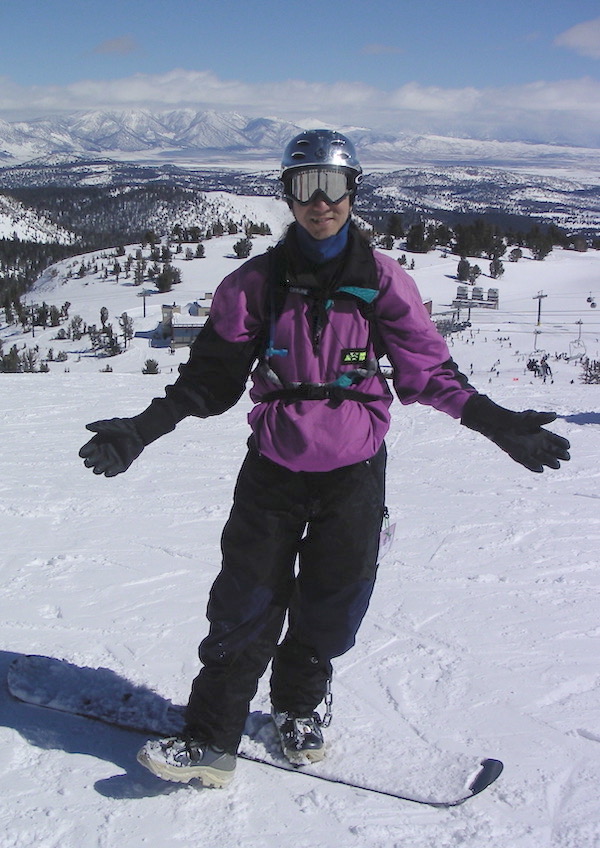 My journey of self-healing began on January 9th, 2002, when I broke my lower left leg in three places from a snowboarding accident. I became immobilized with metal in my leg for almost three months and there was a second surgery to remove the metal due to an infection near the bone.

After some time, I began walking… but I was challenged in finding my own forgiveness for breaking my leg. Slowly I began to find hope in being active again once I made some progress… via physiotherapy, walking or even being able to carry my own coffee back to my desk on crutches. It was very humbling and nurturing at the same time.

About one year after the leg break, I began massage school at the Institute of Psycho-Structural Balancing (IPSB) Massage School in Culver City, CA. I completed a 150-hour LMT program in Circulatory massage and practiced for about six months until I was introduced to Saul David Raye’s intro & advanced Thai Yoga Therapy programs (along Asokananda’s Thai Massage lineage).

I practiced this style of Thai Massage for the next few years in Los Angeles whenever I could find time away from my full-time IT job. I relocated to Thailand in October 2005 to continue learning Thai Massage with Wat Po in Bangkok and various Thai Massage Teachers around Chiang Mai. About two months later, I met Ajarn Poo (Itthidet Manarat Ongdam) in Chiang Mai and found his approach was much deeper in therapeutic effect than Traditional Thai Massage.

I learned the ancient Khmer energy lines for healing orthopedic-related problems in the body. After months of training with Ajarn Poo, I become his unpaid apprentice helping him with students and practicing bodywork for the next two years. Then after a couple years, I studied Royal Thai Massage and Tok Sen with Wi Manuel in 2008 for around 3-months. We became good friends and continued to practice on each others’ bodies over the next 2-3 years, helping to keep each other in better balance. In 2008, I combined my backgrounds from Western Massage Therapy with Eastern Energy Lines and Martial Arts principles into my own healing practice called SEA Bodywork.

SEA stands for Structural Energy Awakening and it was difficult to condense into a 10-day SEA Foundations workshop taught mainly in Chiang Mai, Thailand from 2009 – 2016. By 2010, I began teaching small self-care workshops in Therapeutic Body Rolling aka Self-Myofascial Release (SMFR). When done properly, these exercises help as a first-response for releasing the tension around pain and injuries. 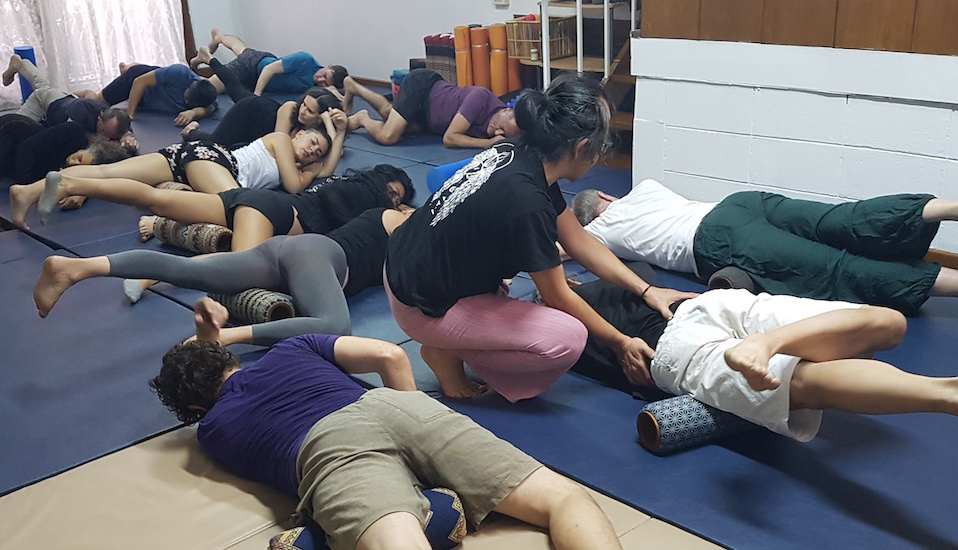 From 2010 – 2016, I brought the SEA Bodywork to Thailand, Spain, Indonesia, Malaysia Borneo and USA with treatments and teaching workshops.

By 2017, we began teaching 5-day NCBTMB-approved workshops in Body ATR and Structural Energy Lines at Sunshine Massage School in Chiang Mai, Thailand. These workshops are targeted for professional bodyworkers interested in therapeutic bodywork.

In 2019, we began offering a 1-day NCBTMB Therapeutic Body Rolling workshop at Sunshine Massage School as a self-care workshop for the general population. And later that year, we added another 5-day NCBTMB Structural Energy Lines Level 2 workshop for professional bodyworkers.

SEA Bodywork is now a mixture of Western Body Assessment and Rebalancing approaches with Eastern Structural Energy Bodywork and is really a culmination of everything I am always learning about the body in terms of healing, mobility, energy flow and structural alignment & rehabilitation.

With love and light, Mike Tan I incorporate a lot of Martial Arts principles of body mechanics into my bodywork practice. It’s a great way to remind bodywork practitioners to move with their “hara” (energy and body center) vs. pushing with force.

Martial Arts began for me as a teenager at Red Dragon Karate and I received my first black belt under the American Karate Kung-Fu Federation (AKKF) in 1988. These were the years I enjoyed teaching children and adults, training many hours and competing in many open karate tournaments including Ed Parker’s International Karate Tournament in Long Beach where legendary Bruce Lee competed.

I continued training and competing with the University of California, Riverside (UCR) and was ranked #4, #1, #2 in NCAA Karate for the three years I represented UCR. UCR Karate Article, 1990